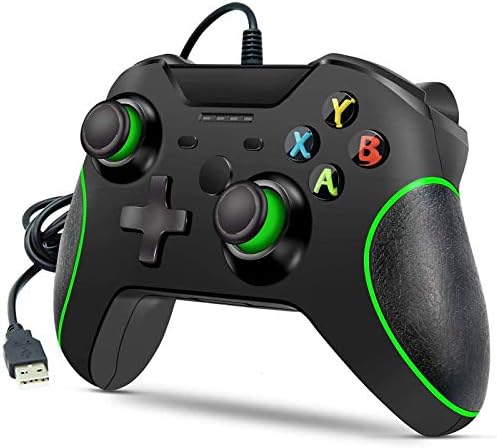 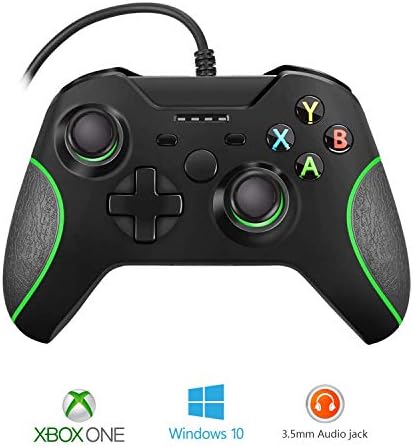 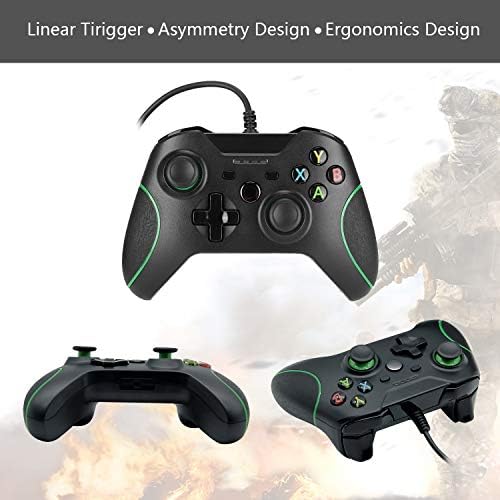 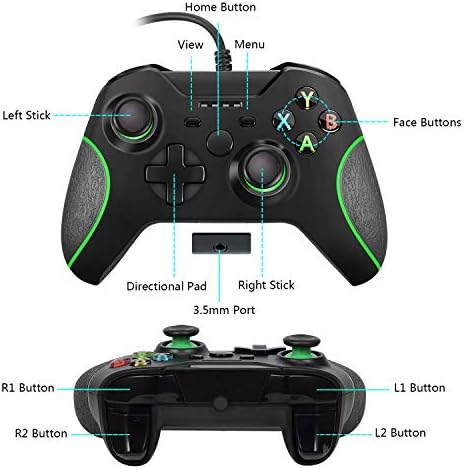 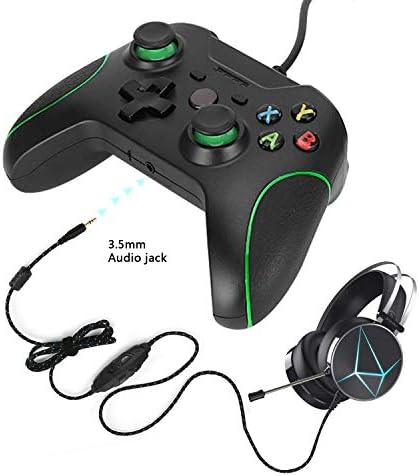 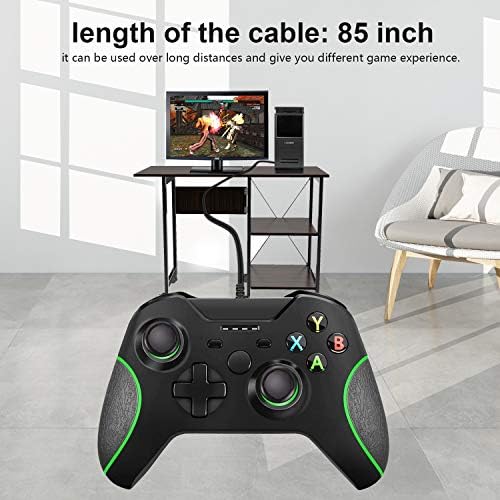 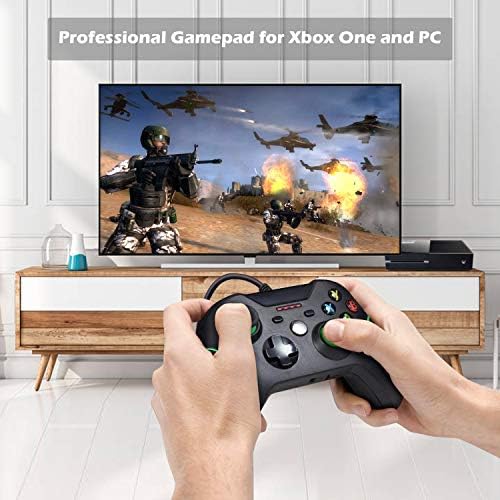 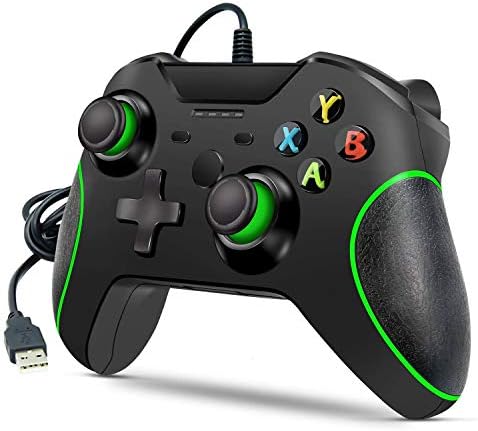 With two 360° Analog Double Precision Rockers, the Left rocker, and the Right rocker. 360° rotation, with high sensitive buttons, easy to press and won’t hamper your performance, bringing you with precise control and fast response to enhance the gaming experience!

With a high positioning 8-Way directional key, which helps the players can fully control the game, providing an immersive feeling just like on the battlefield.

With a 3.5mm Audio Jack, also a headset hole, which can be used to connect the wired gaming headset or headphones while playing games. Other Xbox One wired controllers rarely come with it, but our controller with it.

[PLUG & PLAY, EASY TO INSTALL] Plug the Xbox One Wired Controller into one of the two USB ports on the front of the Xbox One console. Once the USB port is plugged into the computer, you can start playing games. And the 7.2ft cable allows you to play the game more freely
[HIGH SENSITIVITY] The highly sensitive wired controller has two vibration feedback motors, two pressure point triggers, and an 8-direction arrow button to help the players fully control the game, providing an immersive feeling just like on the battlefield.
[ERGONOMICS DESIGN & FAST RESPONSE] The asymmetrical grip and contour design of the joystick perfectly fits your hands, providing high sensitivity and fast response overall performance. All buttons are easy to press and won’t hamper your performance, and the zero-delay vibration with good tactile feedback for maximum comfort and endless pleasant gaming experience
[WHAT YOU GET] 1pc YCCSKY Xbox One Wired Controller + 24H/7 Days warm customer service + 30-day money back. If there is any questions about our wired Xbox One controller before or after sale, please feel free to contact us! We will respond you at the first time, your satisfaction is our biggest goal 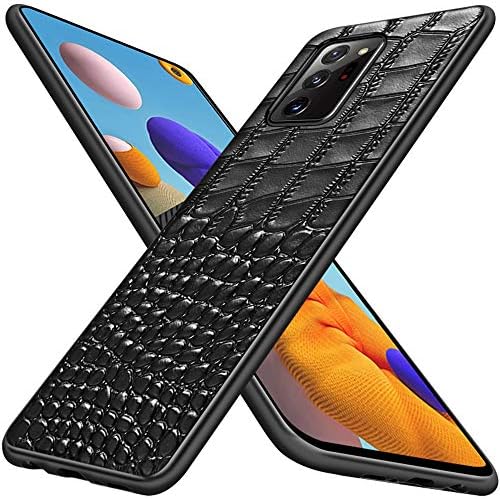 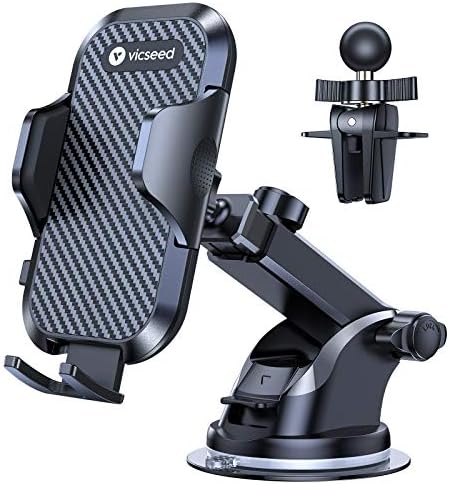 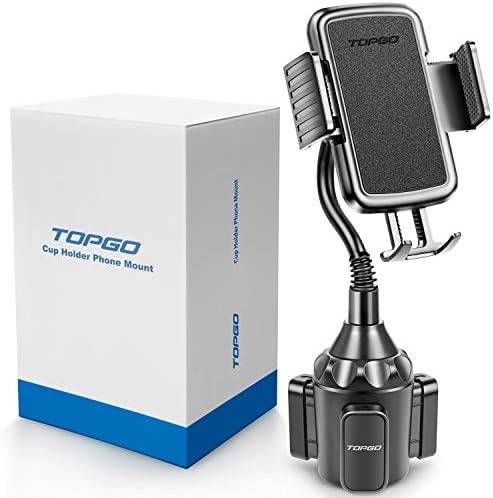